The intersection of geography and political science, or the spatial patterns of political processes is a topic that I hope to explore further in future research projects. My data collection efforts for my dissertation include geocoding techniques so scholars can explore spatial variation of military rebellion. Below, I present a number of spatial visualizations of various forms of unrest.

This map provides a visual illustration of the spatial dispersion of the data I have collected  for my dissertation coding military mutinies.
Protest Location and Coups: An Example from Portugal and Iraq 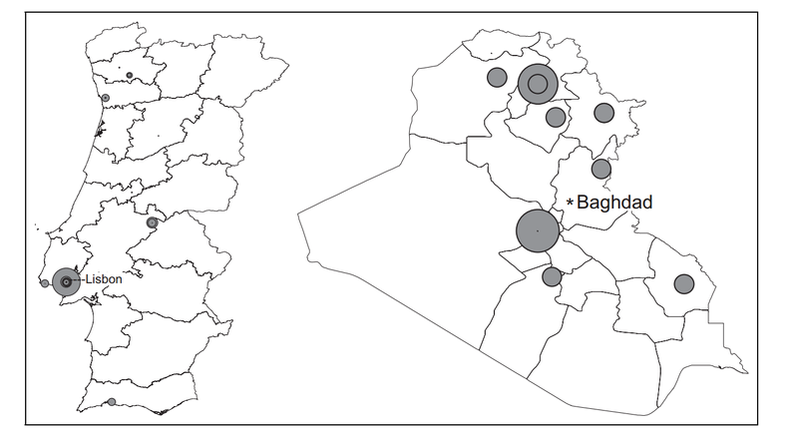 Protests size and locations in Portugal (1975) and Iraq (1991). Johnson and Thyne (Forthcoming) demonstrate that protest location can help scholars predict coup activity. These cases illustrate that when protests converge around the capital city, militaries are more apt to engage in coup activity. Illustrated by the map of Portugal, as protests converged around Lisbon the military decided to launch a coup on Nov. 26, 1975. In contrast, the protests in Iraq following the end of coalition hostilities on Feb. 27, 1991 never spurred coup activity.