What is comparative politics?  The discipline (and subsequently this course) is founded on the observation that people around the world experience many different political systems, and in incredibly diverse ways.  The goal of comparative politics is to understand that political diversity which exists in the world, and the ways that politics and policy shape people’s opportunities to lead fulfilling prosperous lives.

This course is designed to help students master one of the fundamental methods of scientific inquiry and inference: comparison.  If you have ever wondered why the United States is powerful and Mexico is relatively weak, or why European countries tend to have universal healthcare and the US does not, you have already begun to think like a comparative political scientist.  This class will help you harness some of your natural curiosity to begin to think more systematically about political questions around the world.

This class is a seminal introduction to comparative politics.  It is designed to expose you to many of the central questions in the study of comparative politics and the key theories that scholars have developed to answer these questions.  More specifically the class will address questions regarding varieties of regimes, political institutions, identity politics, and collective action.  It has three fundamental goals: 1) To introduce you to the major questions in comparative politics, 2) To acquaint you with the field’s best answers to those questions, and finally, 3) To give you the tools to think critically about those answers.
Comparative Politics Syllabus

Intro to American Politics (taught in a comparative perspective)

Most undergraduate students are quite familiar with American political institutions from high school civics classes and simply from being a citizen. However, fewer students are familiar with how America stacks up or compares to other democracies across the globe. The goal of this course is to illuminate the similarities and differences between America and other polities. Through this exercise of comparison, students will gain a more in depth understanding of their democracy and American political institutions and ideologies. We will begin by examining institutional variations and then move to a current assessment of the state of democracy around the globe.
​
American Politics Syllabus

Outflows: Understanding the Refugee Crisis
According to the UN Refugee Agency (UNHCR), “nearly 1 person is forcibly displaced every two seconds as a result of conflict or persecution” globally. Given this startling fact, it is imperative for global citizens to understand the root causes and effects of refugee outflows. This course will explore why refugees leave their home countries in the first place, the process of resettlement, and the ongoing difficulties of assimilation.
​
Beyond the intellectual exercise of understanding the refugee crisis, this course seeks to highlight the human element of this systemic issue. In order to accomplish this goal, students will help teach citizenship classes at Kentucky Refugee Ministries. This experience will allow students to interact with political refugees and hear more about their stories. Students will also read two novels that seek to tell the human story of the refugee crisis. 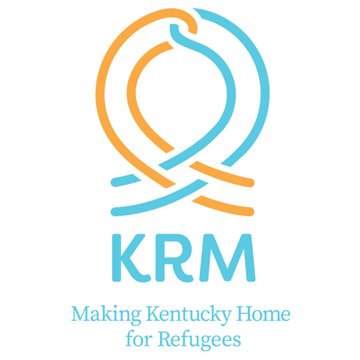 Courses Taught at Other Institutions

[1] Please note that political philosophy is also a subfield of political science but is not covered in this course.
Introduction to Political Science Syllabus

This course serves as an introduction to the American legal system, focusing on the institutions, actors and processes found in law and society in the United States. We begin with the structure of legal systems and their responsibilities, and move toward a broader discussion of the legal system in modern society. In addition, we will discuss how various actors influence law in the United States – not just lawyers and judges, but also the politicians, interest groups and members of the public who are most certainly involved in shaping many aspects of the law. We will also take time to study how social scientists understand law and courts and how the judicial system interacts with other branches of government.

A key component of this course is to dissect the importance of the legal system, and in particular, how it affects many different individuals here in the United States. Students will become familiar with the legal profession and the hurdles of law school, but will also spend time contemplating real world legal controversies. A significant amount of attention will be invested in the reading of Eligible for Execution: The Story of the Daryl Atkins Case. The book is not only an interesting story regarding crime and capital punishment, but also provides for a thorough understanding of important legal processes.
​
This course also serves as an LSAT prep for students who aspire to attend law school. This preparation has application beyond the LSAT as it will develop the students’ critical reasoning skills and reading comprehension.
Law and Legal Education Syllabus
Powered by